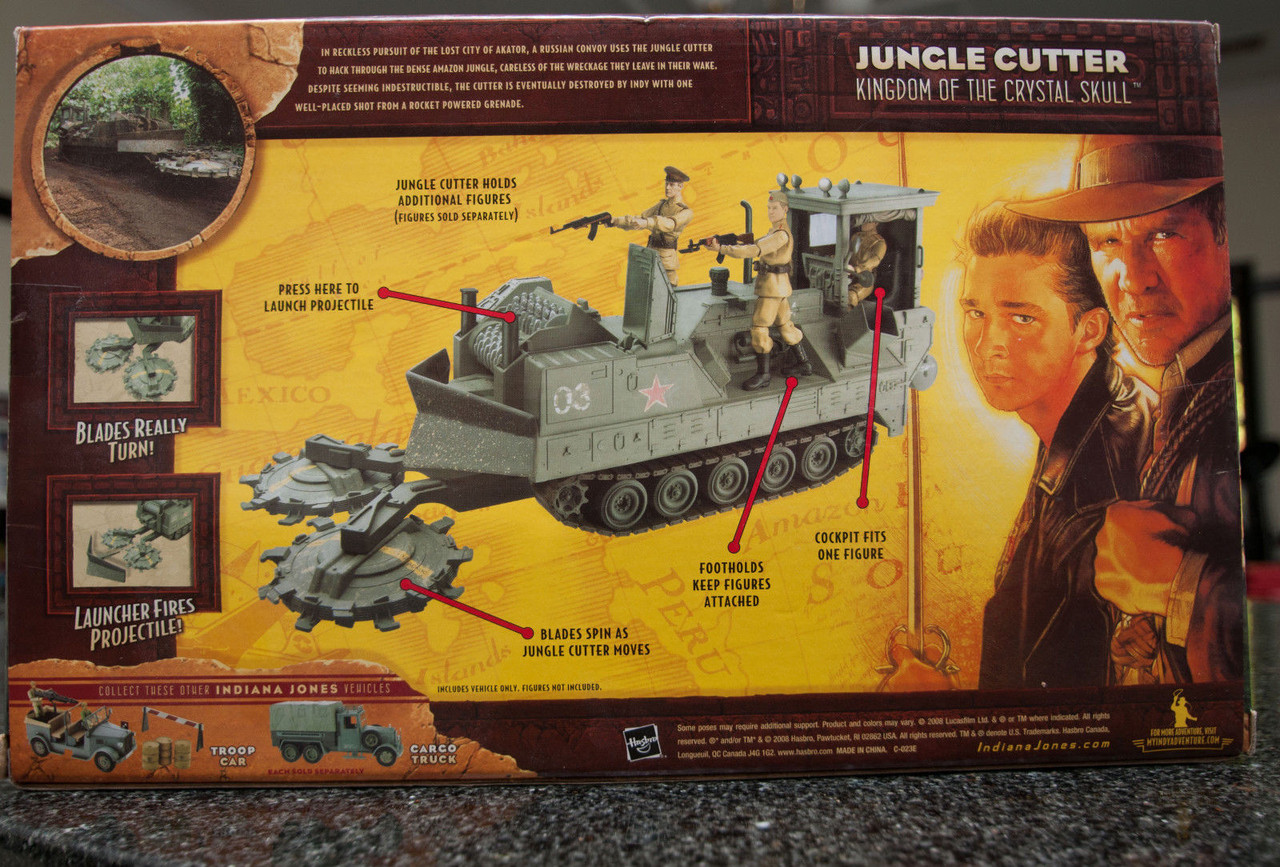 In reckless pursuit of the lost city of Akator, a Russian convoy uses the Jungle Cutter to hack through the dense Amazon jungle, careless of the wreckage they leave in their wake. Despite seeming indestructible, the Jungle Cutter is eventually destroyed by Indy with one well-placed shot from a rocket-powered grenade.